The Latest and Greatest from Chivas Regal FC

It’s safe to say that football means more than what’s played on the field. Connecting fans from all walks of life, the beautiful game inspires everything from fashion to culture.

We launched Chivas Regal FC to bring together the best of football and the culture that surrounds it; think bespoke content, exclusive merchandise and all-star teams including the likes of Headie One and Krept and Konan.

Read on to see all the best bits from Regal FC. 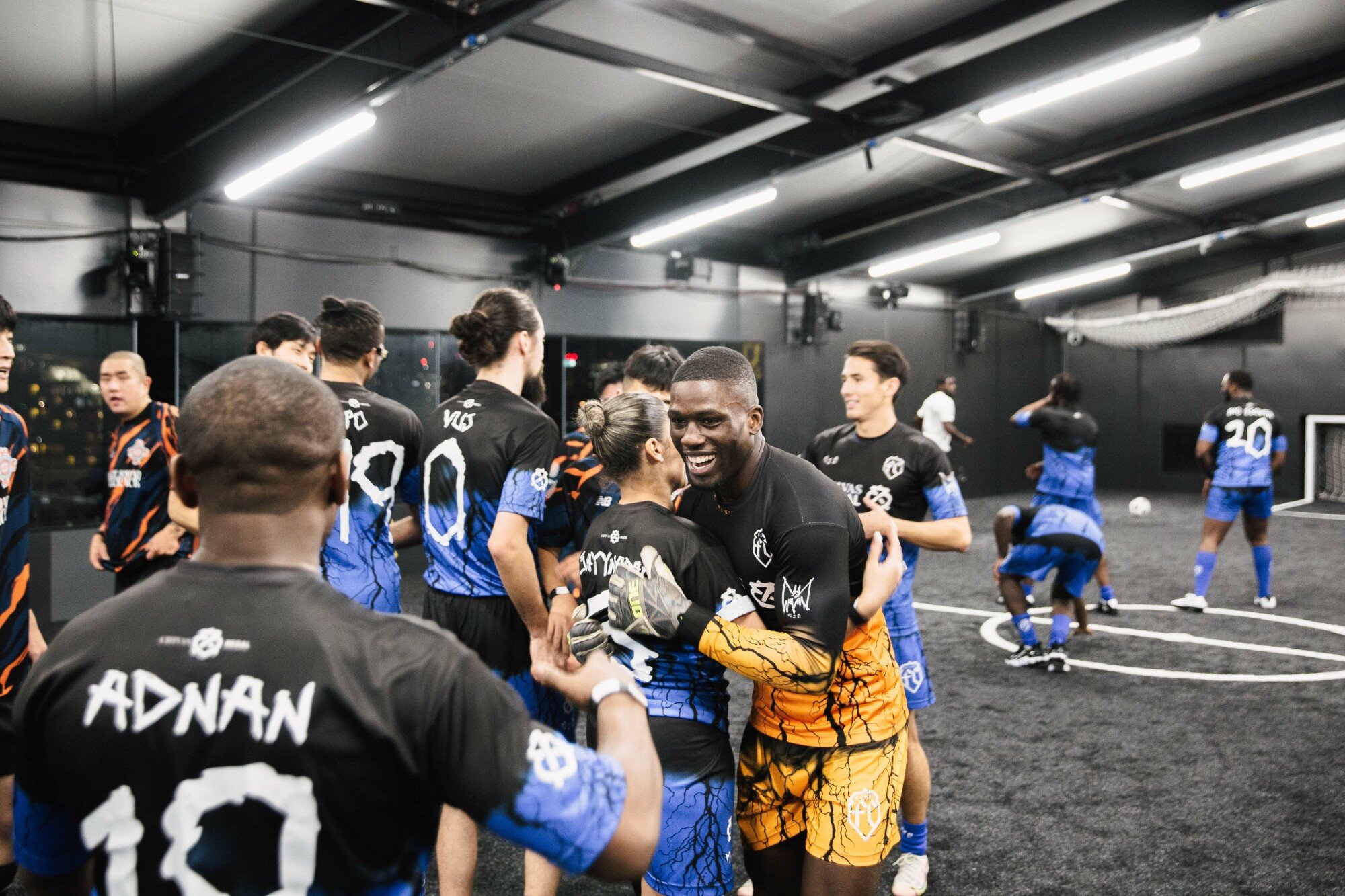 On a fully customised Regal FC pitch overlooking the iconic Old Trafford, eight teams competed for the Regal FC Rooftop Trophy (and eternal glory). Stars filled the field for the day, including captains Headie One, Harry Pinero and Elz (The Witch) who already made their debuts at our GAFFER x Chivas Gameday.

Each team faced fierce competition. To name a few, MJB FC was captained by Marc Jacques Burton - who designed the stunning Regal FC kits - and included 10-time jiu-jitsu world champion Roger Gracie and YouTuber Kristen Hanby. If that wasn’t intimidating enough, Manchester United FC was captained by two-time Champions League and five Premier League title winner Wes Brown. With each team bringing something undeniably special, the day was set to be a big one.

The highlights reel is as colourful as the MJB kits. Watch rapper Avelino discussing his next game tactics without realising his team had already been knocked out, and see legend Wes Brown scuff an easy goal. Despite the many misses the goals flew in, with one addition to the tournament driving up the already lofty scorecard - the golden ball. In the final 180 seconds of every match the ref replaced the standard black and white gameday ball with the official Regal FC Golden Ball. Every goal scored with this ball counted as a double. The gloves were truly off.

The unstoppable Under The Radar - a grassroots team who made their name on YouTube - went on to be crowned champions (including a criminal 13-1 victory against the Regal FC All-Stars), finishing the day with a glorious 12-3 triumph over Regal FC Icons in the final match. The player of the tournament was named Regal FC Icons goalkeeper Rilwan Anibaba for his dogged performance as he battled it out in the sticks as the 12 goals came through.

OFF THE FOOTBALL PITCH

Off the pitch, Marc Jacques Burton and Carlotta Constant judged the pre-game walk in challenge. Given just three minutes to style their pre-game drip, players picked out their official Regal FC walk-in fit as they repped and reworked one of the limited-edition Marc Jacques Burton-designed Regal FC jerseys.

With Kristen Hanby channelling his inner Travis Scott (which was a kindness from the judges), and Headie One sporting what he called ‘blue therapy’, there were some unique designs which proved they may be better suited out of the fashion world. Joelah Noble was ultimately crowned the fashion queen with her awesome rework of her red jersey.

Marc’s mantra - Live Your Dream - inspires all of his collections, which are today worn by the likes of Post Malone, Gigi Hadid, Migos, Wizkid and Winnie Harlow.

The fun continued as Henrie and Sharky hosted the ultimate football culture quiz, with the help of the Regal FC Wheel of Fortune. The quiz teams battled it out over two rounds of questions on football, fashion, music and culture, producing some hilarious answers and questionable knowledge from some of the players. Can you name the most followed person on Instagram or the most watched video on YouTube? Watch the video to find out if team Manchester United or Team MJB held such vital knowledge - or just tune in to judge their guesses.

With teams MJB and Regal FC All Stars tied for first place, the victory came down to the last question, which could have been scored by team MJB if they correctly named more of the top 20 UK artists of 2020. Unfortunately for them, the All Stars team headed up by Elz clinched the game, toasting to their win with Chivas Highballs (of course).

Catch up on all the action on our YouTube channel. This is only the beginning for our new football club partnership and community.