Last year, the Chivas Venture provided 27 exceptional startups with a global platform to shine a light on their solutions and bring them to the attention of millions of potential customers worldwide. For these Alumni the competition wasn’t just about funding.

They were introduced to mentors like Sonal Shah, the former Director of the Office of Social Innovation and Civic Participation in the White House, and A-List stars like actress and activistEva Longoria. It took them out of their comfort zones and pushed them to think deeply about their business models and how to develop them.

With the third installment of the Chivas Venture in full swing, we tracked down an assortment of last year’s finalists to see how their businesses have developed since the curtain came down on last year’s final.

Conceptos Plásticos: Recycling plastic to build houses in Colombia
The global exposure from the Chivas Venture helped raise the profile of both Conceptos Plásticos and the company’s founder, Oscar Andres Mendez. On the back of winning the Chivas Venture the company featured inBusiness Insider UKand Forbes, and Oscar was honoured to be listed as one of Unilever Young Entrepreneurs 2016. He was also included inImpact Design Hub’s 40 under 40; a list that recognises some of the brightest young minds in the field of designing for social good.

WeFarm: The knowledge sharing platform for farmers without internet access.
WeFarm is a peer-to-peer agtech network that enables small-scale farmers to access and share vital agricultural information - even if they don’t have internet access. They were undoubtedly one of the major success stories of the Chivas Venture’s second year. Having made the final five and earned $200,000 at the live event in New York, they soon featured in the likes ofTechcrunch. They have very recently secured £1.3 million worth of additional funding in an investment round led byLocalGlobe, a U.K.-based seed VC that previously invested in Citymapper, Lovefilm, TweetDeck and Zoopla. They were also listed inDisrupt 100, an index tracking the world’s most disruptive businesses compiled and curated by leading entrepreneurs, corporates and investors.

“We passed a huge milestone in December with 100,000 users in our system, and now we’re very close to hitting 150,000,” Their founder Kenny Ewan said. “We’ve just got our 20 millionth question and once a farmer uses our system for 24 hours they almost never leave, so we have incredible retention of users. We also sealed a commercial venture capital assessment round which is very unusual for a social enterprise; one of our proudest achievements is convincing people there’s a bigger business opportunity here.”

EyeControl: The affordable platform giving “locked-in” people the freedom to communicate.
After the Chivas Venture final, EyeControl won a gold medal at theMass Challenge Awards 2016, and in September they piloted their technology in the Neurological Department in Rambam Hospital, Israel. Since July, Or Retzkin, CEO of EyeControl, has made two new hires for the business and has also noticed a large spike in interest in their platform helping ALS patients to communicate. “We are currently developing some features that we’re very excited about, but are not yet available to the public,” Or explains. “The next big milestone will be after the product design and regulation process is over, as we’ll have our first small group of people using the device. Sales in Israel will determine how well the product is functioning and we will adapt to the feedback from there.”

Wakami: The fashion brand that transforms cycles of poverty into cycles of prosperity in rural communities
Wakami received $100,000 during the Chivas Venture final, and was also able to showcase its inclusive entrepreneurial system and products on a global platform. Their exposure through the competition resulted in coverage fromThe Huffington Postand a big step forward for the business.

Maria Pacheco, their co-founder, said: “Our first milestone has been accomplished. We’ve established Wakami Inc and Wakami Foundation in the US, along with our online store wakamiglobal.com. The challenge now is to increase traffic and optimise the page, but the tool is ON! In March, we will be launching a campaign in alliance with BBDO, promoting Wakami Global with the new branding and communication strategy!”

Disease Diagnostic Group: cheap, rapid diagnosis device using fridge magnets that could save millions of lives
In addition to earning funding from the Chivas Venture, Disease Diagnostic Group has since won over $1.5 million worth of investment from various other business competitions, including the MIT $100K Pitch Competition and the Harvard Life Science Accelerator. The startup developed a mechanical device that is able to detect malaria in five seconds from just a drop of blood, and has been exploring how their technology could be broadened to test for other mosquito-borne diseases like dengue fever and the Zika virus. They have also submitted the device for approval to the WHO and for EU health and safety certification.

Habitec: Manufacturing wooden furniture for Angolan schools
Habitec’s co-founder, Felisberto Capamba said: “The Chivas Venture gave us platform to present our business to the rest of the world, and the media exposure resulted in amazing new partnerships and networking opportunities. Since the competition finished we have definitely improved the quality of our product and been exploring new export opportunities, which will come to fruition later in 2017.”

ECO Mensajería: The completely sustainable courier service
Edison Santos, founder and CEO of ECO Mensajería, said: “Recently the United Nations Environmental Program, UNEP, recognised us as a “Business of Change” in their regional Climate Change portal, Regatta. But, more importantly, as a result of the Chivas Venture, I now have 26 friends in 26 different countries, and they’re just a phone call away. The Chivas Venture network has given us a gateway to explore markets all over the world. For example, this year I am planning to visit Shutong, China to negotiate with some electric vehicle manufacturers, and he will be my host and guide - just as I would be for any of the 26 finalists should they choose to visit the Dominican Republic!”

MotionEco: Making food safer and reducing transport pollution
On the back of the Chivas Venture, MotionEco - the company seeking to transform used cooking oil into sustainable biofuels - were invited to Shell’s Make the Future London, a four-day festival of ideas and innovation offering curious minds a rare glimpse into cities of the future, showcasing bright energy ideas and providing a platform for innovation, collaboration and conversation about the global energy future.

Pollinate Energy: Providing clean energy solutions that improve lives in India
Pollinate Energy sells solar lights to communities without power, and have developed a range of products that include a lamp which can also be used to charge mobile telephones.“We’ve recently launched operations in our fourth city, Lucknow,” Explains the company’s co-founder, Emma Colenbrander. “Over the next 12 months we’ll continue to grow our product portfolio to include at least three more impactful products – we’re currently trialling mosquito nets and solar mobile phone chargers, and will expand into two more cities in India. Over the next five years, we aim to scale our business across 20 cities in India, bringing our life-changing products to more than a million people living in India’s urban slums.”

Epitrack: An app preventing epidemics through crowdsourced data.
They received press coverage in local news outlets Exame.com and Olhar Digital and also earned acclaim from Sustainable Brands, the global network of over 348,000 sustainable business leaders from around the globe that are trying to use business and innovation to create a better future.

Onicio Leal, co-founder and CEO of Epitrack, said: “We are raising further investment in Brazil with one of the most important VC funds here. We’re also planning on launching a brand new platform in 2018 that we believe will really disrupt the healthcare system.”

Diagnochip: Diagnosing infectious diseases cheaply and efficiently
Mario Soto, co-founder of Diagnochip: “Our next milestone will be setting up a manufacturing plant to produce enough Rapid Antibiotic Sensitivity Kits that we can make a commercial to promote them in the Chilean and Colombian markets. Our plan is to start manufacturing next March 2017, and first work towards meeting the needs of Chilean market. Once we have optimised the commercialization strategy in our local market, we will expand into international markets including Colombia, Mozambique, Angola and Nigeria.

JOBDOH: Transforming the casual labour market by connecting jobs with quality temporary labour
The Chivas Venture experience helped Hong Kong-based startupJOBDOHand their founder Xania Wong refine their business offering and find new ways to improve their platform. “It made me want to do better and do more,” Wong said. “We have to define and articulate our mission better.” Since July they have established a number of partnerships that have helped them better understand Hong Kong’s ethnic minorities and single parents, and have been looking at new ways to better meet their needs. They are also looking to expand their job platform in mainland China, Southeast Asia and, eventually, the West.

CrashDetech: The app providing real-time data that helps reduce roadside fatalities
CEO Jaco Gerrits said: “CrashDetech concluded a licensing agreement with the largest insurer in South Africa, which will see the technology being made available to half a million people over the next six months. We’ve also launched our own insurance cover, which provides guaranteed hospital admission and up to R100 000 cover for any accident, providing an affordable alternative to people that can’t afford medical aid. We’re also expanding our service to Latin America in April, with other territories following later this year. We’re continuously improving our technology and working on new features, which will further the impact we’re aiming towards.”

Coolar: Helping doctors preserve life-saving medicines by providing electricity independent refrigerators
The company’s founder, Julia Römer, said: “Having full-time employees is really important, and this is a first in the history of Coolar, making us faster than we’ve ever been before. We have the new prototypes ready, getting tested in climate chambers right now. So now we are ready for our first real investment round, because we can now show the real proof of concept - not just something someone has to imagine will be a fridge one day! Now it is a fridge, and you can show all the measurements and test results. It’s really important for getting new money for the company, and this is almost entirely down to the prize money we got from Chivas Venture.”

Meet all of the Chivas Venture Alumnihere.

Follow @ChivasVentureon Twitter for all the news from the Accelerator Week, highlights from the competition, and the latest stories, ideas and individuals that are helping to shape our future.

No endorsement or association is meant between those featured in this article and Chivas. 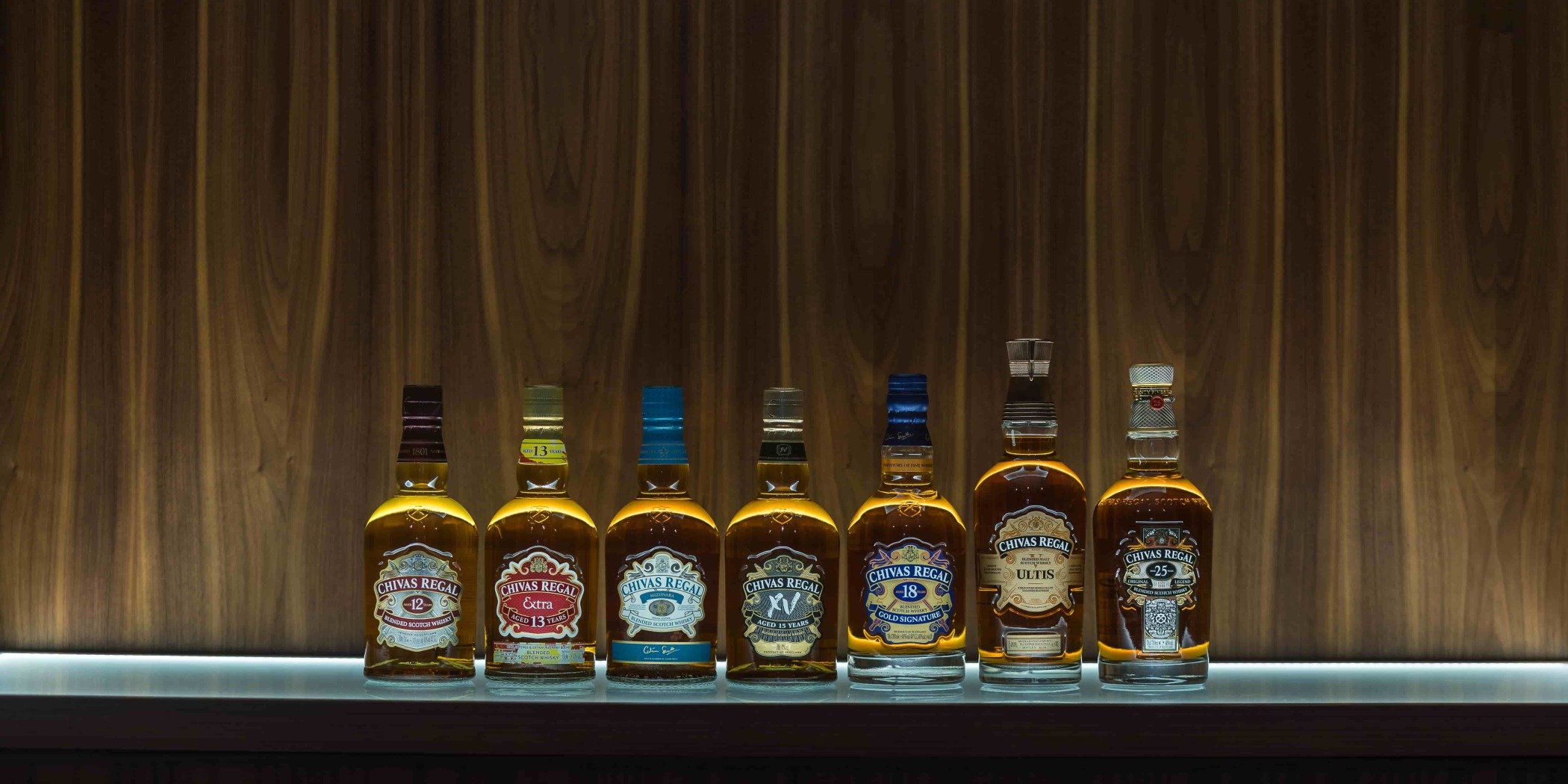 Whether you’re introducing someone to whisky or know someone well versed, there’s a blend for everyone. 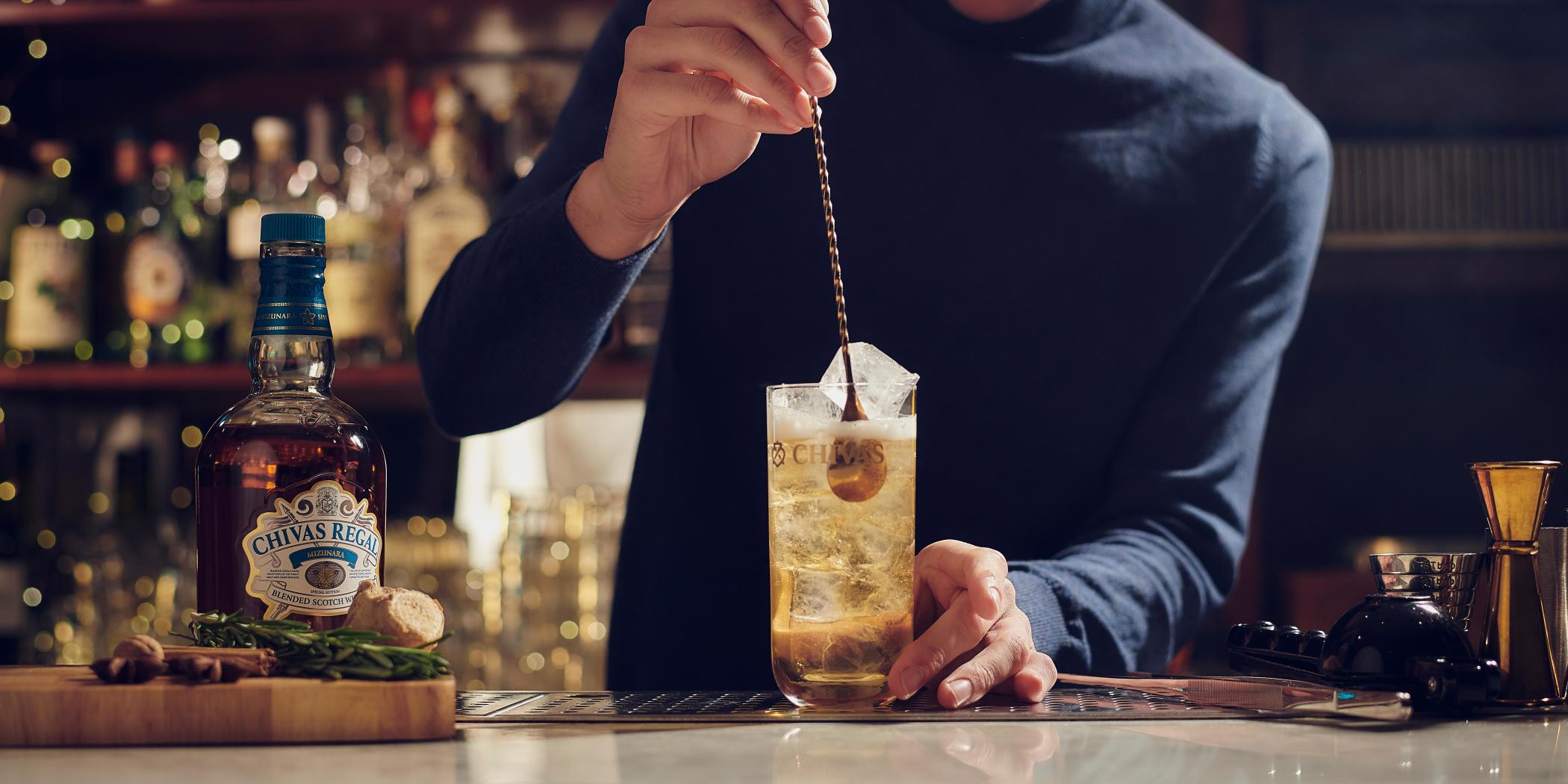