The Art of Single-Tasking 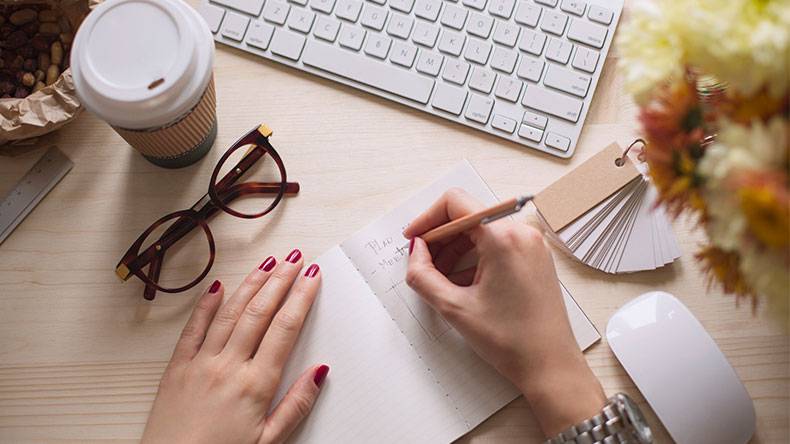 To be productive and successful, put aside the urge to multitask and focus on accomplishing one thing at a time.

In the initial stages, it’s typical for startup entrepreneurs to be operating on bootstrap budgets as they get their passion projects off the ground. Many times, this can translate into founders diving head first into every single aspect of their venture. But trying to multitask and take on too much responsibility on your own can often leave you overwhelmed—and that can mean that instead of getting more done, nothing gets done well.

Single-tasking is the new multitasking. Experts claim that focusing on just one task at a time not only boosts productivity, but it can actually make your brain sharper and smarter—and that’s always good for business. Here are three tips on how to single-task effectively and break the cycle of multitasking.

For any venture it’s essential to see the big picture. However, when drafting your daily to-do list, the smaller it is, the better. Try to zero in only on the most urgent tasks at hand. You can keep a longer master to-do list, but you should also create a “Most Important Task” list that has one to three items that you really want to accomplish for the day.

“If you want to make the most of your limited time and energy, it pays to focus on completing the tasks that will make the biggest difference first, before spending your time and energy on anything else,” writes Josh Kaufman in his best-selling book The Personal MBA: Master the Art of Business. “By taking a few minutes to identify a few tasks as particularly important, you’ll make it easier to focus on achieving them first.”

Once you’ve identified your top two or three priorities, give them your full attention and do it first thing in the morning. If you achieve them as quickly as possible, you’ll be freed up to move on to your next items. As a result, you’ll not only feel accomplished but extremely satisfied.

2) Cut yourself off from the world—at least until your task is complete.

In this age of Insta-everything, it’s hard not to fall into the habit of multitasking. But just remember, all of those phone calls, texts and emails that you’ve been programmed to respond to immediately can most likely wait.

University of California at Irvine researchers Gloria Mark and Stephen Voida delved into the world of emails and multitasking after reading studies that found that people spend about 23% of their time on email and check it 36 times an hour. In their own study, they cut off office workers from email and monitored their heart rates. “Our quantitative results showed that in the No Email condition, people switched tasks less and spent longer durations on each window screen before switching,” they wrote. “A common theme that was expressed by nearly all informants was that during the time that email was cut off, they were able to spend longer periods of time on a task and focus more intently on their work.” The heart-rate monitors also revealed that those who singletasked in this way were also less stressed.

When working on to-do-list tasks, use the minimum amount of tools necessary. If you can, shut the door, silence your phone, close all irrelevant tabs, and sign out of email and social media. At the end of the day, you’ll find that you will be much more productive—and happy.

You may feel the urge to do so, but keep in mind, you don’t have to take on every responsibility. It’s imperative to recognize your strengths and your weaknesses, and be honest about what you can realistically achieve. Take it from Nikhil Arora, cofounder of Back to the Roots. When he and Alex Velez were planting the first seeds for their ready-to-grow mushroom kit business, they tried to do everything themselves, from the farming to the package design to the accounting. “But we were doing none of it very well, especially the biggest piece—mushroom farming,” Arora admits.

“We spent 70% of our time on mushroom farming and figured it out enough to grow, but it wasn’t our core strength,” he says. “The best decision we made in the past four and a half years was moving our mushroom production to a partner farm. All of a sudden, 70% of our time was now free to work on our strengths. I can only imagine how much more quickly we’d have grown if we’d done this sooner. So that’s a lesson learned: Do what you’re good at. Anything you’re not good at, find people who are better.”

No endorsement or connection is meant between those featured in thisarticleand Chivas.