The History of the Cocktail

Who doesn’t love a well-made cocktail? Every great party host should know a few next-level cocktail recipes to wow their guests, and you probably have most of the ingredients in your cupboards already. But the real introduction to cocktails goes back centuries, all the way to the early 1800s when alcohol was seen more as a medicine than something for pleasure. Grab your favourite drink and settle down for cocktail storytime.

Bars and pubs have been around for centuries in various forms, but the 1700s saw countless taverns and inns open across America as people craved a place to kick back and enjoy a drink. According to an old advert for Dr Copp's White Mountain Bitters, back then doctors prescribed botanical-infused spirits for anything from indigestion to jaundice; but in Britain, bitters were often added to a drink called Canary wine, which became immensely popular across America by the start of the 19th century.

This led to the historic day in 1806 when a New York bartender created a drink made of a spirit, sugar, water and bitters for the editor of a local newspaper, who then praised it as a ‘stimulating liquor’ in his column. This is known to be the first-ever mention of a cocktail in print, kicking off the incredible world of mixology we have today. 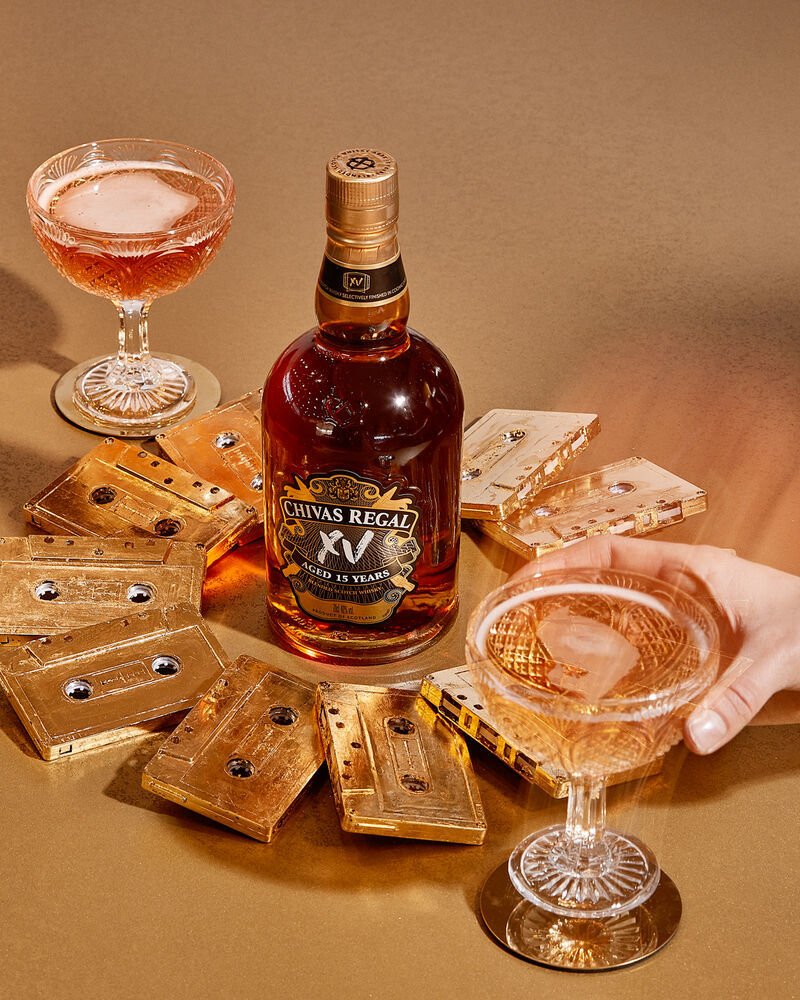 Those early cocktails contained some incredible examples of inspiration and experimentation. New York bartenders tried out all kinds of wild ideas to make exciting creations that the public loved. This led to the first cocktail process book by Jerry ‘Professor’ Thomas in 1862, called The Bartender's Guide, where he shared the secrets to creating the Old Fashioned and other classics.

Around this time, drinks became classed as punches and slings. Inspired by British punch bowls, bartenders in the USA took the idea and condensed them into a single glass. These days we would consider these to be ‘long’ cocktails, where a shot or two of liquor is mixed with juice and other drinks.

The next chapter in the story was one the world would be forever thankful for: ice became more readily available. Let’s be honest, no one likes a lukewarm drink. Thanks to ice freights arranged by Boston’s ‘Ice King’ Frederic Tudor, cold, refreshing cocktails became widely available throughout the 19th century. Some cocktails designed during this golden era are still famous today, such as the Rob Roy, the Scotch version of the classic Manhattan; the Morning Glory Fizz, which includes egg white and a splash of absinthe and was originally designed to ‘de-glaze the brain’ after a big night out; and the classic Mamie Taylor, a ginger-led zingy twist on the Whisky Highball.

Cocktails Through The Prohibition Era

But then, Prohibition hit America in the 1920s, banning alcohol for 13 years. This meant cocktail-lovers couldn’t head to a bar for a highball after work. Instead, they had to hunt out an underground drinking den, known as a speakeasy. But as the liquor sold there wasn’t made in a professional distillery, the drinks were a lot harsher and harder to drink. Prohibition meant a shift towards hiding the taste of alcohol, away from the previous goal of enhancing the flavour of the liquor.

This led to a new wave of cocktails full of bold flavours that took the edge off the poor quality spirits, and ‘long’ classics like Highballs became wildly popular. Gin became more widespread as it was easier to make at home than whisky, which led to drinks like the French 75: a combination of gin, lemon juice and sugar syrup, topped off with champagne or sparkling wine. Classic whisky-based cocktails such as the Old Fashioned and Sazerac remained popular throughout these years, and while bourbon’s reputation declined due to it being watered down, the prestige of authentic Scotch whisky skyrocketed.

After 13 long - and dry - years had passed, the curtain lifted and Prohibition was finally abolished. Public interest in cocktails soared thanks to legendary writers like Ernest Hemmingway, who often wrote about his love for whisky and soda as well as the Daiquiri and Negroni. When the 1960s and 70s came around, the trend went through the roof. When a ‘shaken, not stirred’ Martini is the most quoted line from arguably the most famous film series in the world (James Bond, of course), you know cocktails are a cultural phenomenon.

Throughout the history of cocktails, the importance of good Scotch whisky has always been celebrated. For almost two centuries, quality whisky has been the centrepiece of the very best cocktails, pairing beautifully with countless ingredients while adding that extra level of depth to create something with an exceptional flavour profile.

Now, let’s tackle some of the most-asked whisky questions.

Who invented the cocktail?

It’s a topic that has been debated for decades, with evidence pointing at everywhere from London to Mexico. However, many people believe the honour belongs to Jerry Thomas, a New York bartender nicknamed ‘The Professor’ due to his in-depth knowledge of blending drinks. His 1862 book, ‘The Bartender's Guide’ kickstarted the worldwide popularity of cocktail making.

What was the first ever cocktail?

Accounts differ, but most experts agree that the first cocktail was the Sazerac, a blend of whisky, absinthe, bitters and sugar. Created in New Orleans in the mid-1800s, this is one of the first cocktails recognisable by name and remains a favourite to this day.

What are the different cocktail flavours?

Your tastebuds can identify four basic flavours: sweet, bitter, sour and salty, and you’ll find each one of these in all the many thousands of cocktail recipes that exist, although salt is less common. The key to making a great cocktail is balance and ensuring no one flavour overpowers the rest. Take the classic Whisky Sour, for example. The ratio of sweet, sour and bitter flavours works perfectly to make something unforgettable and timeless.

What are the most unique cocktail flavours?

Everyone has different tastes, but some cocktail ingredients can seem unusual at first. Egg white can sound odd until you realise it’s more about adding a silky smooth texture than taste. Some cocktails even include flavours that sound like they’d clash, such as our twist on the Hot Toddy, Midnight Remedy, which combines Chivas 12, Green Chartreuse, lemon juice and cloves. Try it for yourself and make up your own mind!

The good news is now you have 200 years worth of recipes and cocktail evolution to play with! Go back to the glory days of the Golden Era and keep things simple but elegant. Or you could jump back a century and try some iconic Prohibition-eEra style whisky cocktails. Feeling wildly creative? Go all out with homemade syrups, new flavour combinations or Insta-worthy garnishes to impress your guests. Our recipes have something for everyone, from complete newcomers to the most experienced cocktail maestros.

Whether you’re introducing someone to whisky or know someone well versed, there’s a blend for everyone. 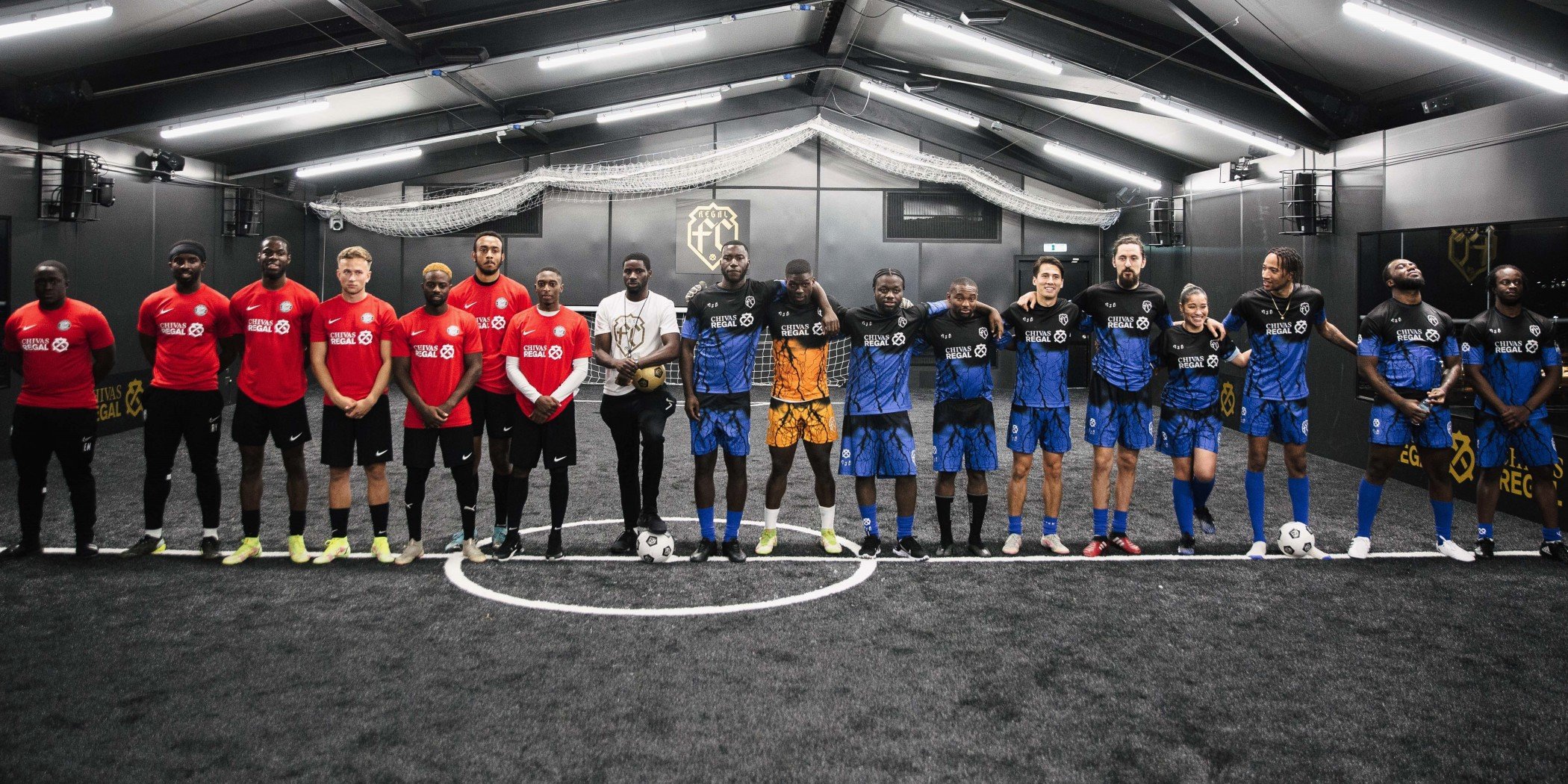