The Case For Putting A Tax On Meat 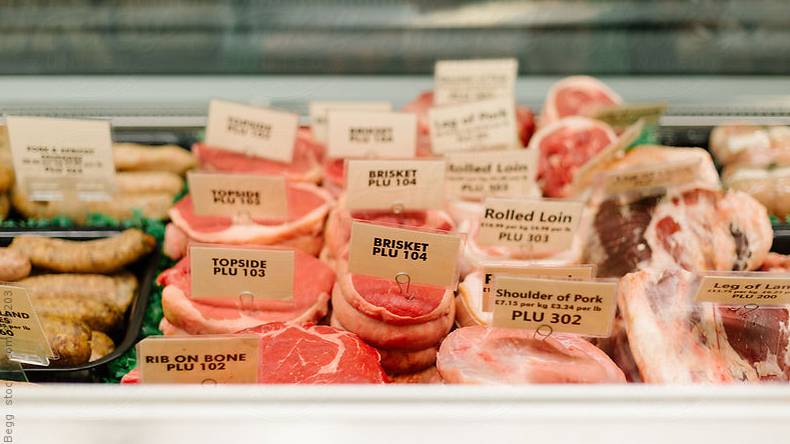 Livestock is an enormous contributor to carbon emissions. How can we get people to eat less meat? Make people pay extra for their burgers.

Maybe you've already heard that your love of hamburgers ismaking climate change worse. But what would it actually take for you to stop eating them?

Arecent reportsuggests that a tax on meat might be part of a solution.

Without doing something about the world's appetite for beef, pork, and chicken, we have a big problem: Meat production is responsible for nearly 15% of greenhouse gas emissions. That's as much as all of the vehicles on the planet, and it's only going to get worse; as more people around the world can afford meat, consumption is projected to increase by about 75% by 2050.

"I don't think it's possible to keep on a course for two degrees global warming—to keep climate change to safe levels—without looking at meat consumption," says Laura Wellesley, a research associate at Chatham House, which published the new report about how the world could eat less meat.

Despite the scale of the challenge, it hasn't gotten much attention; most plans for cutting emissions focus on things like improving power and transportation. "Meat is virtually off the policy agenda," Wellesley says. "Within the framework of global climate negotiations, it's just not on the radar."

Few governments have attempted to make any changes in meat consumption; when New Zealand tried to implement a "fart tax" on livestock in 2003, farmers were able to defeat it. But the new report, based on a year of surveys around the world, suggests that people may now be more open to change, including possible taxes.

"Our focus group discussions seem to suggest that any resistance would be relatively short-lived," says Wellesley. "There's a recognition that other behaviors have changed—smoking, for example—in response to government measures that may at first have been unpopular. People do tend to come to accept the need for those kind of measures if the rationale behind them is made clear."

It's important, she says, for policymakers to emphasize the other benefits of eating less meat, like losing weight or reducing the risk of heart disease, diabetes, or some types of cancer. A tax could also be coupled with other policies to make sure that people with lower incomes could still afford to buy a healthy amount.

People were even more open to other interventions, like removing subsidies for meat production, new procurement policies to buy less meat for public cafeterias, or marketing more plant-based food.

Just making people aware of the problem may help a little. The report found that right nowmost people think that meat has far less impact on climate than something than transportation, or no impact at all. In the U.S., few people knew about the connection, and in China, pretty much no one did.

"This is a huge opportunity for effective climate action that is being overlooked," says Wellesley. "It's a real untapped reserve of action."