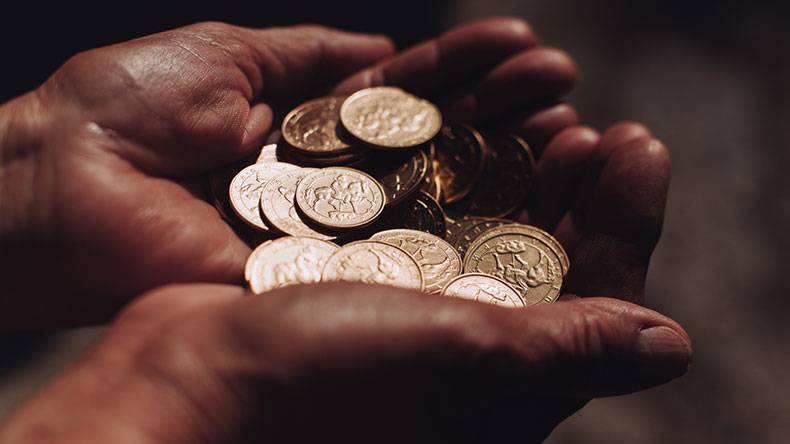 Making your money matter can be as simple as opening a bank account.

Depositing a paycheck or opening a savings account may be ordinary tasks that most people don’t think twice about. But what if everyday banking could make a long-lasting impact? That’s the goal of values-based banks.

Values-based banks are institutions that use finance to solve global issues, offering their customers the opportunity to put their money in a place where making a social impact is the goal. They promote a positive—and effective—alternative to the traditional financial system by investing in projects that better local communities and the environment. Here’s a closer look at these banks and why it’s easy to support their cause.

Ethical banks around the world are organized under the Global Alliance for Banking on Values (GABV). The GABV has a network of 28 financial institutions that span 19 countries and six continents. These banks are committed to working on local levels to solve a variety of global issues. They follow the same rules and regulations as conventional banks, but two core principles stand out. First, the projects that they lend to must be socially responsible. Second, they are completely transparent about where the consumers’ money goes.

The global leader and pioneer in values-based bank is Triodos, based in the Netherlands. Funding initiatives in a variety of sectors, including solar energy, organic farming, and housing associations, Triodos has expanded its customer-base throughout Europe, with banks also in Belgium, Germany, United Kingdom and Spain. In February, it reported that its assets grew in 2015 by 16% to €12.3 billion. Just last month, Triodos hosted the 8th annual GABV conference, where leaders discussed topics like how values-based banks can help entrepreneurs and how they can influence the wider financial system. They continued the discussion on social media with a #BankingOnValues hashtag on Twitter.

How do they work?

Values-based banks operate like conventional banks in that they provide a place for consumers to save their money in addition to offering loans to individuals and businesses, big and small. It’s whom they loan to that make them different.

“[Social and sustainable banks] are standing for a radically different sort of banking strategies," economist Christian Arnsperger wrote in a 2014 issue of Global Science Policy. “They do not take as a reference the market as a whole, but rather a segment of the market—say, the 5–10% ‘niche’ of projects that currently aim to embody an alternative, socially and ecologically sustainable model of a new economy…”

Take, for example, Sunrise Banks in the United States. Sunrise, which does most of its work in low-to-moderate-income urban communities, noticed that citizens who needed money in emergencies were falling victim to greedy lenders. So they created the TrueConnect Employee Benefit Program, a short-term small loan service that is a safe alternative to insecure loans. It's offered through employers and places several layers of protection to protect borrowers. "It's a much better deal than a payday loan," CEO David Reiling told the Star Tribune. "And it must be paid off by the end of the year. It's also fair and transparent."

There’s also Uganda's Centenary Bank, which has established itself as one of Africa's leaders in microfinance, with a focus on making loans available to rural farmers and other small-scale business operators. One initiative that shows off the bank's creativity and understanding of its community is its SupaWoman Club, which offers accounts to individuals or groups of women who want to pursue investments, business ventures or just general savings. What makes the SupaWoman Club stand out is its offering of financial literacy training, business advisory services and networking opportunities to its members. The Club has been beneficial for those involved on both sides—Centenary Bank says women default on loans less often than men do.

What’s in it for the everyday banker?

Consumers might not experience the convenience of large banks that have branches on every street corner, but beyond that ease, there’s little drawback in values-based banks for those who want to make a difference with their money. Perhaps the most appealing part about these banks is that it's never a mystery where their money is going. Triodos has a staggering comprehensive map of every single project to which it is giving loans. For those concerned with openness and honesty in banking, this rigorous transparency is refreshing.

If consumers want to look beyond the social impact, GABVs also perform well from a strictly financial perspective. A 2012 report commission by the GABV claims that its banks outperformed mainstream banks in factors such as return on assets and capital strength. And while interest rates at values-based banks are usually lower than those at their larger counterparts, many believe that sustainable banks are positioned better for the long term in an uncertain global economy. "If you are looking for genuine stability over a longer period of time, we have it because we are not leveraging the market," Charles Middleton of Triodos Bank UK said in 2009. "Savers are saying to us that they want more than a bank that pays just high interest rates."