On Thursday evening the Chivas Venture finalists attended the Panel Discussion at Impact Hub Westminster, in a lively exploration of whether or not social enterprise can trump political chaos and help make society great again.

Leading the series of talks was Innocent Drinks co-founder Richard Reed, Belu boss Karen Lynch and Kresse Wesling, founder of Elvis and Kresse. The evening gave the 30 entrepreneurs an opportunity to listen to three hugely successful startup founders debate the current landscape of social enterprise, at the event which was called ‘Make Society Great Again’.

From using social enterprise to combat the uncertain political landscape to falling in love with the problem, not the solution, this is what we learned from the Panel Discussion.

1) Business has a greater effect on today’s society than Brexit and Trump.

All three of the panel were united in their belief that entrepreneurs and social enterprise has a crucial role to play, particularly during the current political climate.

Addressing the 30 finalists, Richard suggested entrepreneurs all over the world must be resilient during political and economic chaos.

During the Panel Discussion that took place on the day royal assent was given to the Article 50 Bill in the UK, Richard announced to the audience that despite Brexit “dismantling the best export opportunity this country has ever had”, it is absolutely not going to stop entrepreneurs.

All three speakers agreed that the election of President Trump has shown that there are “no rules anymore”, and that the current climate should be seen by entrepreneurs as an opportunity.

Indeed Kresse Wesling MBE, co-founder of Elvis & Kresse, said the results of the US Presidential elections left her feeling “virtually unstoppable – like a freight train” on her mission for social change.

Andrea Warriner, Deputy Director of the Skoll Centre for Social Entrepreneurship, who compèred the event, said: “In the current uncertain political and economic climate, social entrepreneurs have an incredibly important role to play in securing a better future for our society. What this evening’s discussions highlighted is that in today’s world, entrepreneurs need to be brave to disrupt.”

2) Love the problem you want to solve.

Kresse, who is a multi-award winning environmental entrepreneur with a background in venture capital, passionately extolled the mantra that you should fall in love with the problem, not the solution.

“It took us five years to make our first product,” Kresse explained. “We started with the problem and thought what is the best possible material for this?” 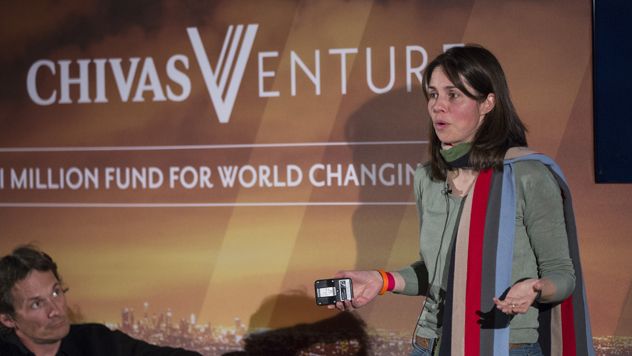 "Love at first sight” was how Kresse described the first time she saw the beautiful old fire hoses that now underpins her company. Elvis & Kresse built its business model on reclaiming industrial waste products such as decommissioned fire hoses and military-grade parachute silk and upcycling them into luxury accessories such as belts, bags and wallets. In return, the company donates 50% of its profits to charities related to the waste, and in doing so creates an innovative circular economy, an amazing product and a compelling story that defines their whole ethos.

“If it isn't going to be good for other people's grandchildren it isn't worth doing.” Kresse told the audience.

“There is a yes inside every no. Successful people never stop,” said Richard, who quit his job in advertising aged 26 to start Innocent Drinks. He and his two co-founders built the startup into a global brand that sold over two million smoothies a week, before they sold it to Coca-Cola in 2013, in a deal that valued the business at a reputed £320 million.

“There are things you give in on, but you never stop. If you’re 70% sure, then go for it,” He said. “Keep the main thing, the main thing. Just do less, better. Dare to be audacious and be the best at that one thing in the world. That’s how success and effectiveness starts. Start small, think big, cut ideas out if they don’t work, but allow yourself to dream about it becoming big.” 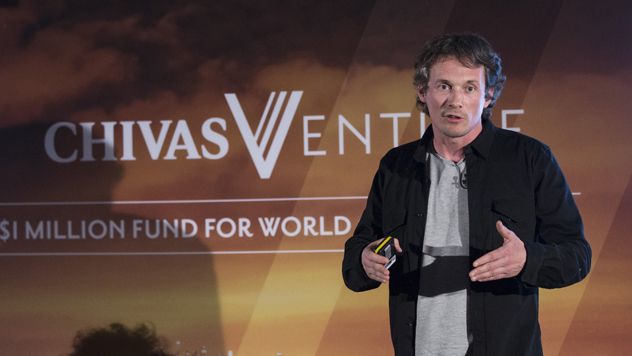 Rather than rest on his laurels after the sale of his business, Richard and his Innocent Drinks co-founders have since founded the venture capital firm, Jam Jar Investments, backing consumer-focused businesses with an aim to make “the world a little better”.

He added: “There is a lot of power in remaining entrepreneurial. Surround yourself with likeminded people who say yes when everyone else is saying no.”

4. We can make a difference through business.

Echoing the sentiments of Richard and Kresse, Karen Lynch, CEO of Belu Water, said: “Social entrepreneurs exist because there are problems in the world. This is our opportunity; we can make a difference through business. Within the chaos, we are the ones who can move faster, innovate and break the rules.” 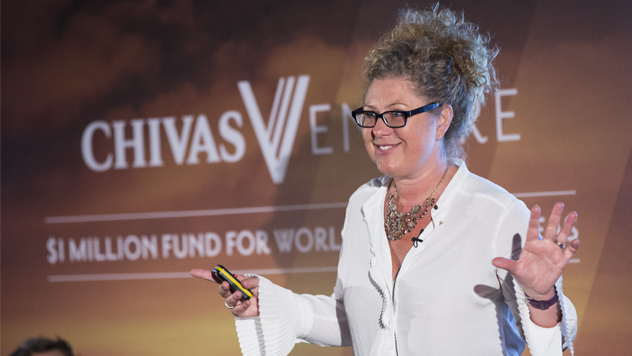 Belu sells locally sourced bottled water to minimise its carbon footprint, while improving access to safe water, hygiene and sanitation in some of the world’s poorest communities by donating 100% of their profits WaterAid.

“In this chaotic world, now is your moment. Move quickly, think fast. Partnerships, collaborations and working with your competitors can work.” Explained Karen, a former Barclays executive who was parachuted in and revolutionised Belu in 2010, after the firm had accumulated debts in excess of £1.9 million.