Are driverless cars the future? 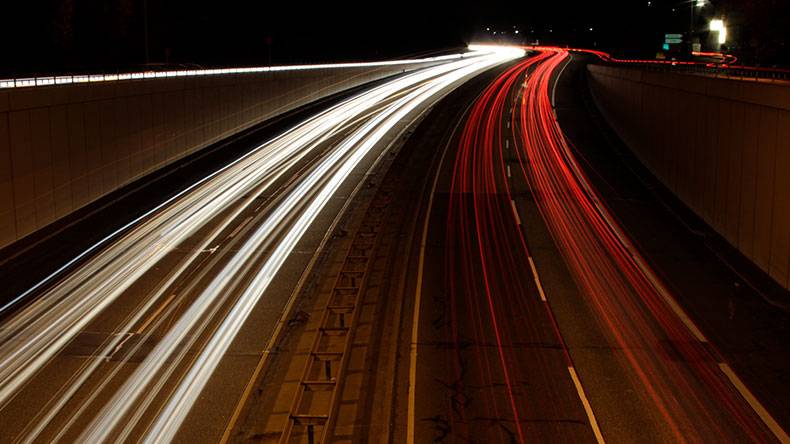 The reasons behind the hype—and the concerns—of driverless vehicles and how they could change our urban landscape forever.

Just two weeks ago, Ford made a big announcement: within five years, it will mass produce vehicles that have no steering wheels, brakes or gas pedals. In other words, it was joining the growing driverless cars revolution. “We see the autonomous car changing the way the world moves,” said Ford CEO Mark Fields at the press conference.

Indeed a world where highways and roads are filled with cars—but no one sits behind a steering wheel—could soon be here. What’s the potential impact of driverless vehicles? Life-changing freedom for those with disabilities, more efficient highway systems and overall safer roads.

But critics of self-driving cars raise legitimate concerns as well. A computer malfunction could affect the capability of many elements of an automobile, including GPS systems and response to poor weather conditions. Additionally, traffic deaths caused by computers raise unprecedented legal and moral questions. As we near a future where self-driving cars become commonplace, here’s a quick overview of this buzzy innovation.

While driverless cars have received plenty of publicity recently, scientists have been fascinated by the concept for almost a century. In 1925, an electric engineer directed a full-sized, remote-controlled car through the busy streets of New York City. In the 1950s and 1960s, General Motors released prototype Firebirds with automated guidance systems. In the 1980s, Mercedes-Benz was testing vision-guided cars on empty roadways.

Fast-forward to today and Google’s autonomous cars have driven more than 1.7 million miles on open, public roads since 2009. Using lasers, radars and cameras as sensors to detect its surroundings, and an advanced internal computer to analyze them, the current model of Google’s car is being tested on the streets of four major U.S cities. Beyond Google and Ford, many other companies are also innovating the technology. BMW recently announced plans to produce them for open-road use by 2021. GM acquired a startup called Cruise Automation to jump start its work on self-driving cars. And even Apple appears to be getting in on the action.

Supporters of autonomous cars envision a future in which everyone is riding in one, and the worst parts of today’s automobile travel are distant memories.

Researchers believe that self-driving cars could significantly improve safety on the road. More than 32,000 people died in car accidents in the U.S. in 2014. Even for the most skilled driver, a road sign can easily be missed. Would a computerized car be perfect? No. But studies have shown that they are less reckless than humans. Add in the possibility of car-to-car communication, and some experts estimate that driverless vehicles could reduce auto-related deaths by 90%.

Because driverless cars are programmed to be more efficient, traffic congestion and traffic jams would occur less frequently. Even the introduction of only a few self-driving cars to highways would achieve this result.

Driverless cars would allow the disabled and elderly to travel in cars without the help of family or friends, which would increase their independence. One of Google’s very first promotional videos for its driverless car showed a blind man riding in one.

The list goes on, including the fact that highway capacities could triple, higher speed limits would reduce travel time and passengers could use car time to be productive—or perhaps just enjoy a good book or movie.

Naturally, people have reservations about automated driving. For all the positive claims, there are potential consequences as well. For example, some have pointed out that driverless cars could mean more car owners and a decrease in people taking public transportation, which might end up hurting the environment. Also, for those who are anticipating driverless cars to be as comfortable a journey as business-class trains, that prospect could worsen traffic issues.

But the most controversial news came in June, when it was revealed that a Tesla driver was killed while using the vehicle’s autopilot mode and collided with a tractor trailer. The company hesitated to publicly announce that autopilot had been involved, and stressed that it was the first death in more than 130 million total miles driven by passengers using the feature. But then weeks later, another Tesla driver using autopilot died in a crash, this time in China.

Autonomous cars raise moral questions about the fatalities that do occur and who should be held responsible. In addition, how would a driverless car make split-second life-or-death decisions?

To answer that question and others, MIT launched the Moral Machine. By presenting participants with the types of choices a car could potentially face, MIT is building a database of moral evaluations made by humans. Considering the school’s work with Ford, the choices Moral Machine users make today could very well inform the automated decisions of tomorrow’s driverless cars.

With these complex questions being addressed and technology rapidly improving, we could soon be be living in a society with safer roads and more efficient travel thanks to the driverless car revolution.